The restoration is what we do more frequently and following more subjective criteria. In that case the piece of furniture gets again its function. Adding the missed parts, it also looks like the original.

We remove and reduce the convexity and waping of the surfaces. New tessera replenish the missed pieces. Then we remove the later additions, make repairs, close the cracks, glue again the veeners. In the end we rebuilt the fallen parts and make again the lost gilding.

We also take off, clean and reattach the missed frames changing the broken ones. We make functional closures and locks and we retrieve new keys.

We repair or rebuilt the drawers’ tracks that can be worn by friction. We can get missed handles or replace those are not pertaining to a specific age.

In general the interventions should not affect the surface patina that is the major characteristic of the object.

We do the final varnish by hand, a lac or using wax.

The conservative restoration consists of giving back to the piece of furniture its original appearance. It has to pay respect to its typical ageing process and the previous restoration that have not altered its historical, artistic, cultural meaning.

The corroded wood consolidates without making changes. New tessera and reinforcements are placed in a visible way. The structures do not change, however we try to give functionality to the piece of furniture and to its parts.

During the varnishing step we remove the upper layers of later painting, removing also dust and dirt to save the original state.

Other important operations are the disinfestation and the drafting of a protective layer. 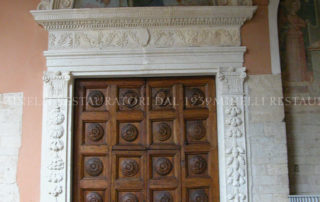 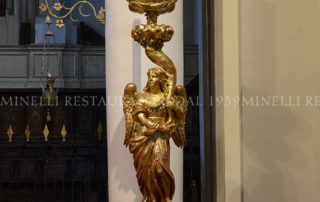 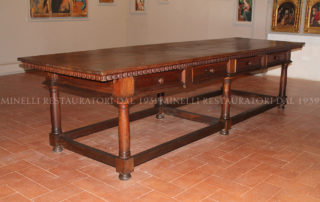 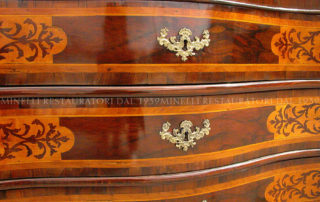 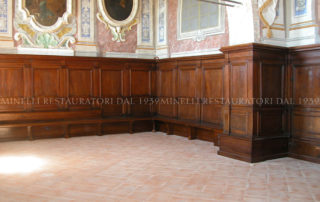 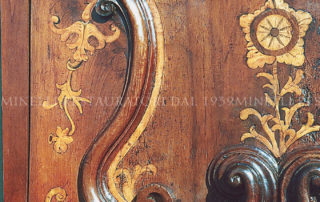 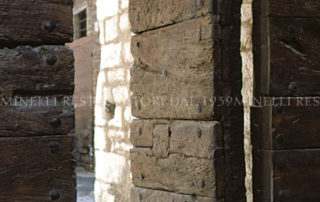 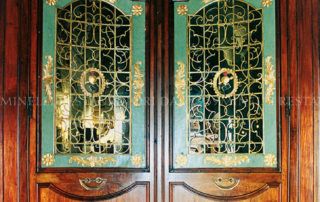