The duke Federico from Montefeltro commissioned the original Studiolo for the Ducal Palace in Gubbio. Giuliano from Majano made it between 1470 and 1480. The Studiolo is inlaid. It is now on display at the New York Metropolitan Museum of Art that bought it in 1939 when private people owned the palace.

The overall decor consists of wood in lays. It distinguishes itself for its suggestive three-dimensional visual illusion games with fake seats, shelves and half-open doors. In perspective everyone can see various objects that are enhanced by shadows and lights and have an undeniable symbolic value. Furthermore the wonderfully coloured ceiling is rich in carvings and gilding.

The supporters of the project have proposed to us the idea of using a replica, namely the scratch reproduction of that work. They have chosen us because we are people willing to compete with the artisans who created the original one five hundred years ago.

The local association “Maggio Eugubino” and the Bank of Perugia have strongly supporterted the reproduction. It has required a long ideational planning stage (about seven years) concerning the use of native typologies of wood as the spindle tree, the creation of special tools such as the “shoulder knife” (a strong, short, sharp blade with a long handle that allowed a man to strike a matrix in an accurate way).

It has also needed a fiddly work to give back all the depth, perspective, colours to the boards that look like paintings but they are wood-in-lay as in the Renaissance style.

Our reproduction has gained considerable approvals. For instance the Italian Art critic Vittorio Sgarbi has described it as “a cabinet-making work at the highest level. Moreover it has brought a significant award that the Italian Chamber of Commerce has attributed to the founder of our workshop, Marcello, as “Master of Restoration and Inlay”.

WATCH THE VIDEO ABOUT THE STUDIOLO MAKING OF 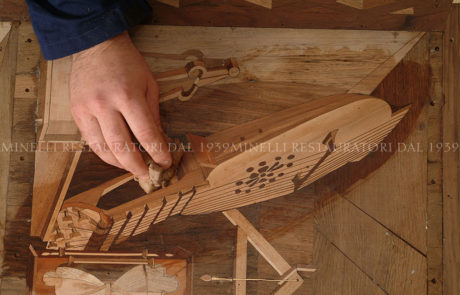 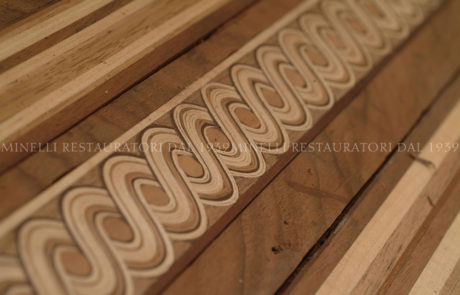 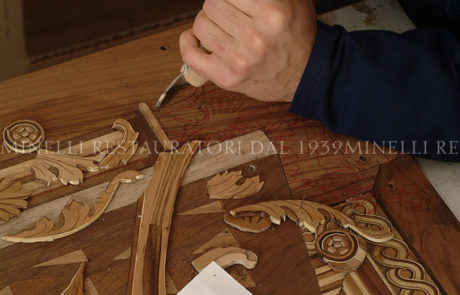 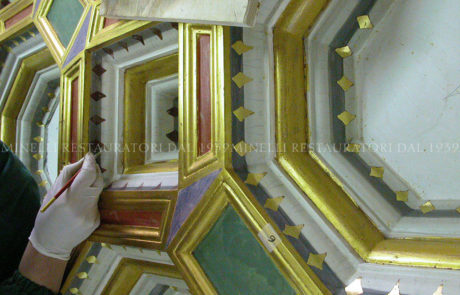 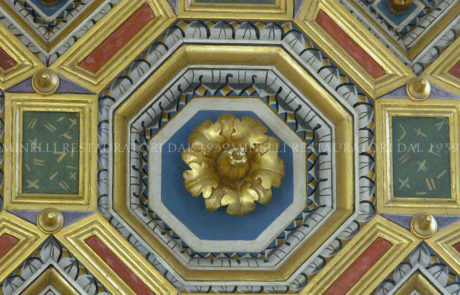 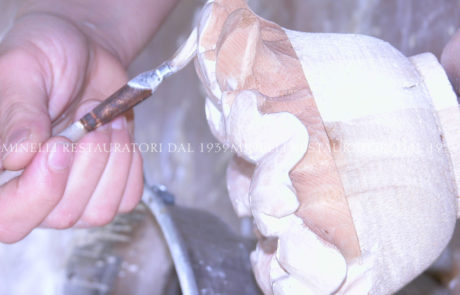 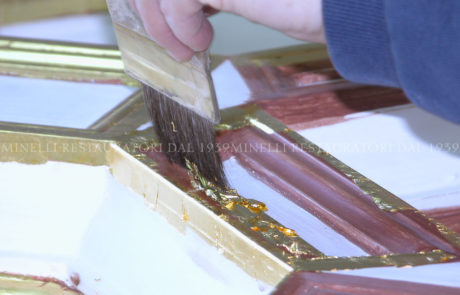 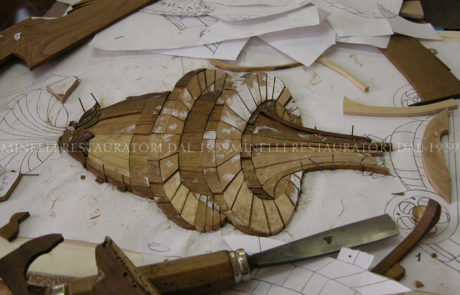 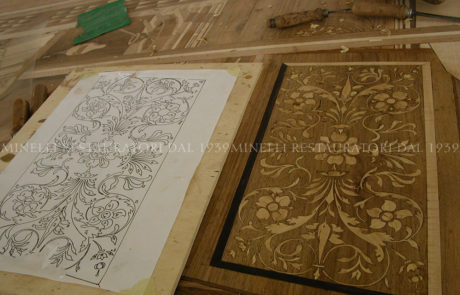